Roseville now has a new Jail!

Construction of the South Placer Adult Correctional Facility was approved by the Board of Supervisors in June, 2009 and was finally completed in 2014.

The jail is located at 11801 Go For Broke Rd., Roseville, California.

The 390-bed facility includes a 120-bed housing unit and a dormitory-style minimum-security facility with 120 beds. When the dormitory portion opened, the county shuttered the old minimum-security barracks in North Auburn that was built in 1941. The 189,000-square-foot operation necessitated the hiring of three dozen new employees. The more convenient location means that inmates will have better supervision, more modern living accommodations and will accelerate the process of posting bond and being released on bail. Our bail agents are available 24/7 and can arrange for an inmate's release on a bail bond quickly and efficiently.

If someone you know has been incarcerated, we can arrange a bond in Roseville and have payment plans available OAC. We also accept major credit cards. 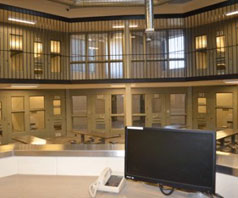